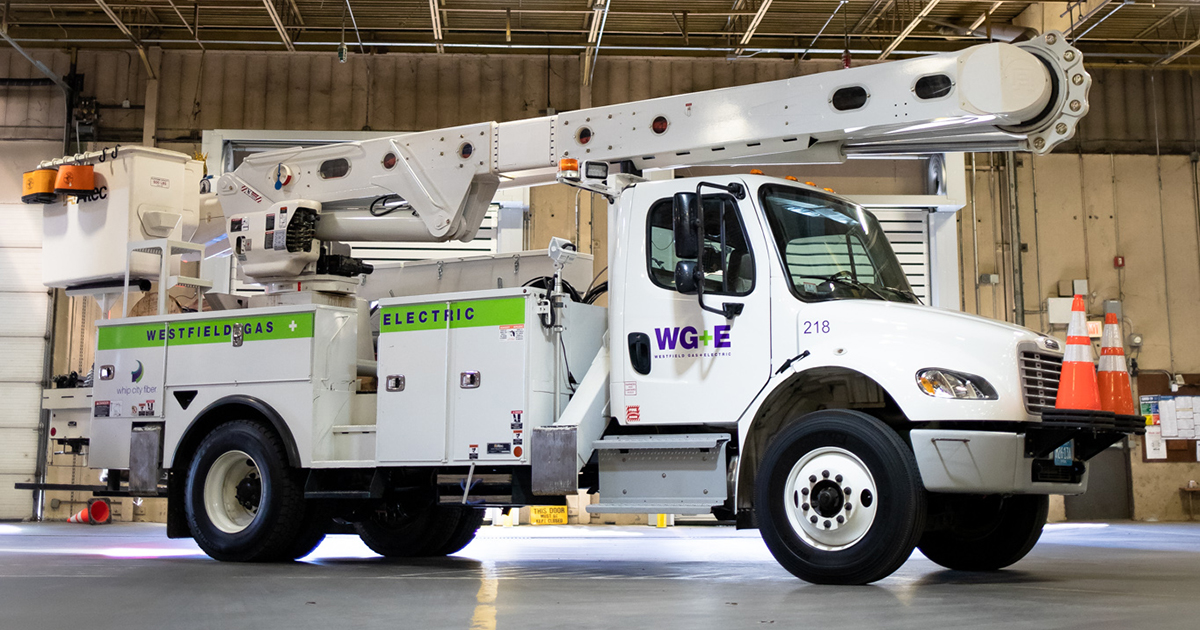 Customer service is available by appointment during regular hours in our Elm Street office by calling 413-572-0100.

If you smell gas, think you have a gas leak, have carbon monoxide symptoms or have some other emergency situation, go outside and call 911 and then our emergency number at 1-413-572-0000.

Westfield Gas + Electric has been serving customers since 1860.

The Westfield Gas Company was conceived of by a group of private stockholders with the goal of providing the residents and businesses of Westfield with gas for lighting and heat.

Among the group of initial stockholders and members of the first Board of Directors are names familiar to many Westfield residents— Samuel Fowler, Edward B. Gillett, Hiram Harrison and Edwin Smith.

Until 1898, the Westfield Gas Company manufactured and sold only gas. As the city’s population and work force began to grow, however, the need for lighting in homes, businesses, and on the streets became apparent.

In 1886, the Schuyler Company constructed a small electric-generating plant in Westfield and started to build electrical infrastructure throughout the city. By 1887, a local stock company had come together, raising $25,000 to purchase the plant. This company would become the Westfield Electric Light Company.

In 1891, the Commonwealth passed legislation that allowed towns and cities to purchase and manage their own public utilities, enabling Westfield to acquire its own power plant in 1898.